Install and Work with Hyperledger Sawtooth

Hyperledger Sawtooth is an enterprise blockchain platform with which to build, deploy, and run decentralized applications (dApps) with a highly modular architecture. Hyperledger Sawtooth originated from Intel and is currently an open source project under the Linux Foundation.

The main principles behind Hyperledger Sawtooth are keeping a distributed ledger, distributed data storage, a modular architecture, and a decentralized consensus; these makes smart contracts safe, particularly for enterprise organizations.
This recipe will only cover the installation of Hyperledger Sawtooth. After completing this recipe, you can move on i- Configuring Hyperledger Sawtooth, ii-Designing a namespace and address, iii- Implementing a transaction family, iv- Building a transaction processor, v- Granting permission on the Sawtooth network and vi- Developing client applications with the Sawtooth REST API and SDK.

Overview of Hyperledger Sawtooth Project
Hyperledger Sawtooth is an enterprise blockchain platform for building distributed ledger applications and private and permissioned networks that do not require centralized authority or central decision-making services. It simplifies the development of blockchain applications by separating the core system from the application domain with multi-language support.
Sawtooth is open, flexible, and extensible, allowing you to build new services such as membership, ACL, Crypto assets, and data confidentiality. Sawtooth also has a modular architecture, meaning enterprises can choose and customize transaction rules, permissioning, and plug consensus algorithms based on the organization's requirements.
The features offered by Hyperledger Sawtooth are the following:

Sawtooth can be configured with different permissions to build private, consortium, or public networks by specifying which nodes are allowed to join the validator network and participate in the consensus, and which clients are allowed to submit batches and transactions.
Sawtooth is open and flexible, allowing you to build customized solutions, such as network governance, know your customer (KYC) processes, anti-money laundering (AML), and Crypto assets, in addition to its core distribution.
The Sawtooth network is composed of the following components:

Installing Hyperledger Sawtooth on AWS
This recipe will show you how to communicate with Amazon AWS using PuTTy, how to install and launch the Hyperledger Sawtooth network, and how to set up Python for developing Sawtooth applications on AWS. We will also use the Sawtooth command line to test and verify the installed Sawtooth network on AWS.
To set up PuTTy and Python on AWS, perform the following:
1. Install PuTTy (from https:/​/​www.​chiark.​greenend.​org.​uk/​~sgtatham/​putty/) on your Windows desktop and convert the private key generated by Amazon EC2 into a putty key file using PuTTygen, following the guide that can be found at https://docs.aws.amazon.com/AWSEC2/latest/UserGuide/putty.html
2. In PuTTygen, load the EC2 key file and save the private key:

3. Run PuTTy and specify the private key file for PuTTy in Connection | SSH| Auth. Log in as ubuntu to the Sawtooth AWS instance: 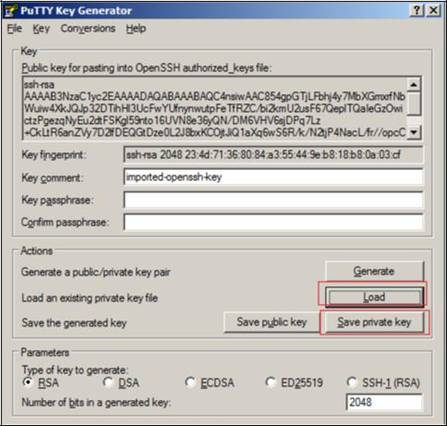 4. Set up Python. Verify that Python version 3.5 or above is pre-installed on the instance:
python3 -V

7. Verify that pip has been installed correctly:
pip3 -V

Put Things Together
The PuTTy and Python development environment is now ready on AWS. The following commands will install, launch, and verify the Sawtooth network.
1. Subscribe to and install the Hyperledger Sawtooth product 1.0.4 (https:/​/​aws. amazon.​com/​marketplace/​pp/​B075TKQCC2) on the AWS marketplace and launch an AWS EC2 instance, which can be of the m4.2xlarge or t2.mroc type for personal development. To check whether Hyperledger Sawtooth is running on the instance, enter the following command:
systemctl list-units|grep -i sawtooth|less
Following screenshot show the list of Sawtooth instances:

Following screenshot show the list of the Sawtooth block

4. Verify that the Sawtooth REST API service is working as follows:
curl http://localhost:8008/blocks

On execution of the previous command will lead you to the following screen:

Congratulation! We have successfully installed Hyperledger Sawtooth on AWS. After completing this recipe, you can move on i- Configuring Hyperledger Sawtooth, ii-Designing a namespace and address, iii- Implementing a transaction family, iv- Building a transaction processor, v- Granting permission on the Sawtooth network and vi- Developing client applications with the Sawtooth REST API and SDK.

This recipe is written by Brian Wu who is our senior Hyperledger instructor in Washington DC. His Hyperledger Cookbook with 40+ hands-on recipes is highly recommended.