In our previous recipe, we reviewed Ethereum, Solidity and how to use Hyperledger Seth to build blockchain application with Ethereum. Here are 2 follow-up recipes:How to write smart contracts with Solidity and How to Deploy and Call Ethereum Smart Contracts on Hyperledger Burrow


Hyperledger Burrow Overview
Burrow (formerly known as eris-db) is a permissionable smart contract machine. The first of its kind when released in December, 2014, Burrow provides a modular blockchain client with a permissioned smart contract interpreter built in part to the specification of the Ethereum Virtual Machine (EVM).
Initially licensed under GPLv3 and as of version 0.16 relicensed to Apache 2.0, Monax’s permissioned EVM is functionally separate from the Ethereum protocol or any of the codebases implementing it. Burrow’s users can operate any smart contract that has been compiled by any EVM language compiler in their own permissioned blockchain environments.
Burrow extends previous work within the Hyperledger Project by providing a strongly deterministic smart contract focused blockchain design to the Project’s overall effort. Burrow’s architecture opens a range of interesting cross-project collaborations within the Hyperledger umbrella.

Given that Monax’s permissioned EVM is built to the specification of Ethereum’s active blockchain development community, and that Burrow has active enterprise users, some of whom are existing members of the Hyperledger Project, we feel that Burrow has significant potential to play an important role within the quickly-growing Hyperledger community. 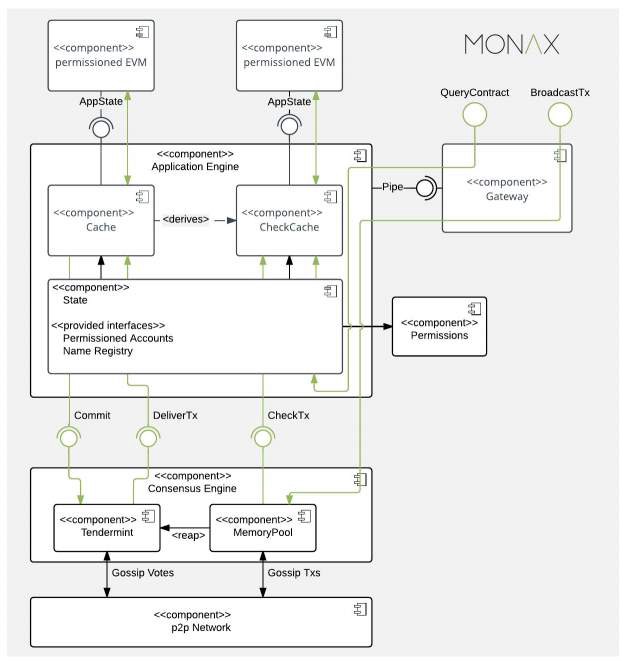 Hyperledger Burrow Business Applications
Burrow’s primary users are businesses aiming at value chain level optimization amongst other blockchain and smart contract benefits. These users require permissions on their blockchain deployments in order to fulfill numerous legal and/or commercial requirements for their applications.
Burrow was designed to be a general-purpose smart contract machine and is not optimized for the requirements of any single industry; rather Burrow has been optimized for general-purpose, cross-industry smart contract use cases.
Startups to enterprises are using Burrow’s permissioned EVM so that they may leverage smart contract innovations from the open source world in a more secure, legally compliant, cryptocurrency-free, enterprise-grade setting.
In this recipe, we will learn how to install Hyperledger Burrow on the AWS Cloud platform. To install and run this recipe, you need an EC2 instance on AWS with the following configuration:

If you have an old version of Go on AWS, you can install Go with the Personal Package Archive (PPA), which is provided by the community and not an official source, at https://launchpad.net/ubuntu/+ppas:
sudo add-apt-repository ppa:gophers/archive sudo apt-get update
sudo apt-get install golang-1.10-go

Putting Things Together
Burrow is implemented with Go. In this recipe, we installed Go on the Ubuntu host and used go to download the Burrow source code and its dependencies. Once we built Burrow from source, we generated its configuration file with burrow spec and started Burrow on the instance.
The most important feature from Burrow is that Burrow is a permissioned EVM. It can execute Ethereum smart contracts when the correct permissions have been granted. Unlike Ethereum, no real ether or cryptocurrency is required to execute smart contracts on Burrow. An arbitrary but finite amount of gas is handed out for every transaction to ensure that the transaction is executed in a finite time. According to the documentation on the Burrow GitHub repository, Burrow's principle is you don't need money to play when you have permission to play.

The following recipes are excellent resources for installing other Hyperledger tools:

This recipe is written by Brian Wu who is our senior Hyperledger instructor in Washington DC. His Hyperledger Cookbook with 40+ hands-on recipes is highly recommended.